The first step try to check the mic hole on the mobile phone, the mic hole closed may result in imperfect sound captured by the microphone, so what’s wrong first checking the mic hole. If it is ascertained mic hole is not a problem, try the next step.

The third step checks one by one mic lines as shown below, if there is a break point try to do a careful jumper. 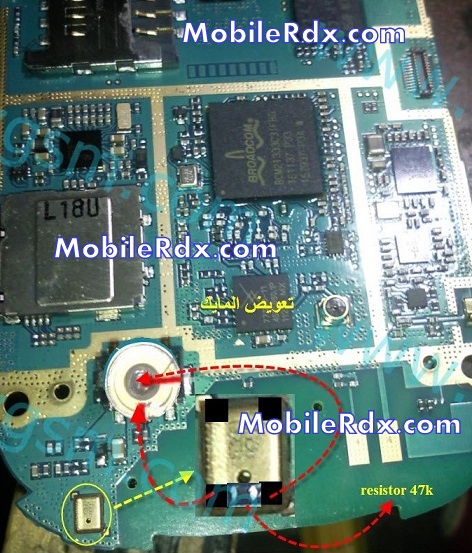 Samsung Corby 2 S3850 Mic Ways Jumper Solution
Damage or repairs errors caused by the existing solutions on this blog are not the responsibility MobileRdx.com, we just want a little help you in improving mobile phone.