Samsung GT-I9200 Mic Ways Jumper Problem Solution
Samsung Galaxy Mega 6.3 I9200 Mic Not Working Problem Repair Ways Track Path Repair SolutionHere’s the solution for Samsung I9200 when trying to fix a microphone problem issues. It’s a failure on the hardware which there is no audio sound can be heard over the receiver’s earpiece speaker.

This solution simply shows the location of the components where you may to have a check or replace if found damaged. In Samsung GT-I9200, the cell phone microphone is installed or mounted on the bottom side of the PCB board, and also all of its corresponding circuit components such as the filter coils or surface mount inductors, chip resistors and chip capacitor were also mounted near to it. 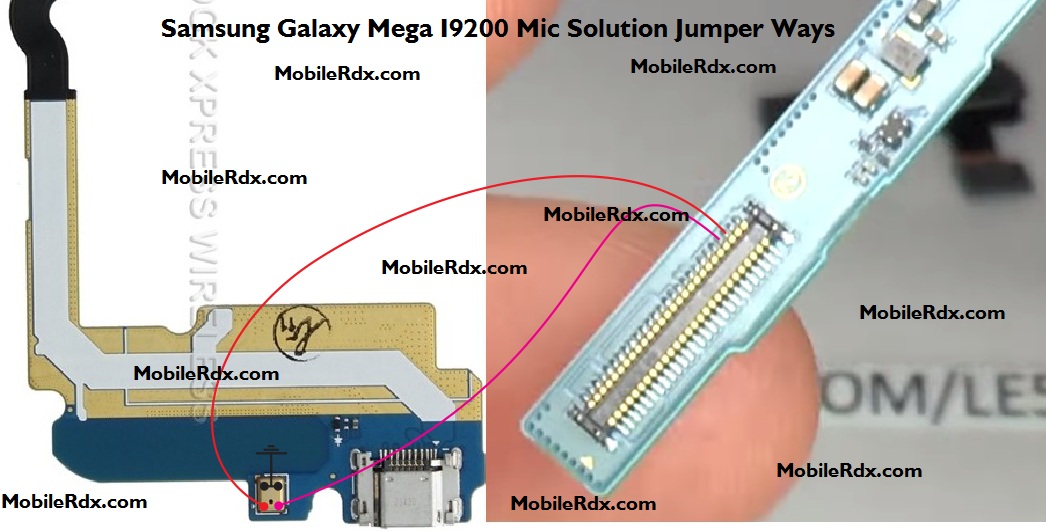