Oppo A83 ISP (EMMC) pinout for flashing Oppo A83 CPH1827 remove User Lock And Pattern Lock Bypass Frp Lock and also you can use this isp pinout.

Oppo A83 CPH1827 can be used to overcome some software problems on Oppo A83 phone, to direct it you can use a flasher box that has direct isp feature support and usually the flasher box can also be used for repairing emmc like Easy Jtag, Ufi, etc. 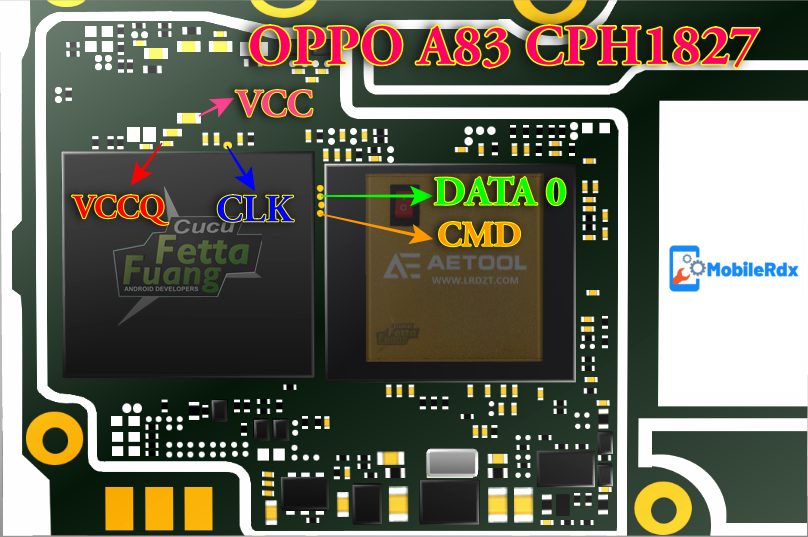 Oppo A83 latest Security Patch Not Possible With USB Cable With Any Box/Dongle Or Tp Point
Finally, Userlock+Frp Remove Done Via Isp Connection With Ae-tool.