Here is the latest Redmi Note 8 ISP Pinout. in this post, you will file Redmi Note 8 EMMC Pinout for remove User Lock And Pattern Lock Bypass Frp Lock and also you can use this isp pinout for flashing.

Here is the Redmi Note 8 can be used to overcome some software problems on Redmi Note 8 phone, to direct it you can use a flasher box that has direct isp feature support and usually the flasher box can also be used for repairing emmc like Easy Jtag, Ufi, etc.

Before removing or replacing IC eMMC you should do Direct eMMC first, still, discuss a little about and pinch, it turns out the partitions don’t match. for eMMC, use KMKJS, use the new boss, don’t use the 2nd one, what is 2nd, 2nd is the second boss of the former emmc who died or asks for TP because of the UFI BOX there support TP eMMC Xiaomi brand we can’t mention one by one because there are many from that by the eMMC owner the TP was revived and sold at a cheap price. 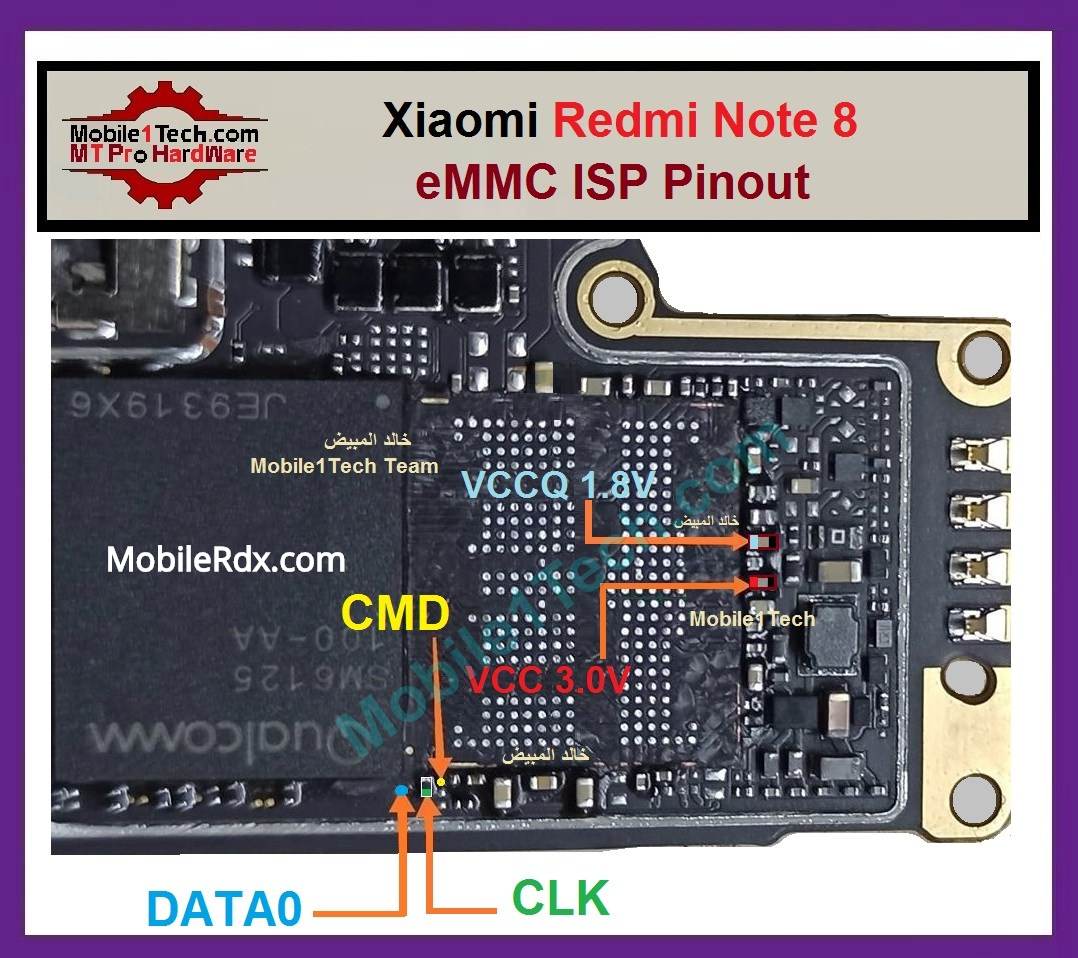