Here is the latest Honor 8S ISP Pinout. in this post, you will file Huawei Honor 8S EMMC Pinout for remove User Lock And Pattern Lock Bypass Frp Lock and also you can use this isp pinout for flashing.

The Honor 8S can be used to overcome some software problems on Honor 8S phone, to direct it you can use a flasher box that has direct isp feature support and usually the flasher box can also be used for repairing emmc like Easy Jtag, Ufi, etc. 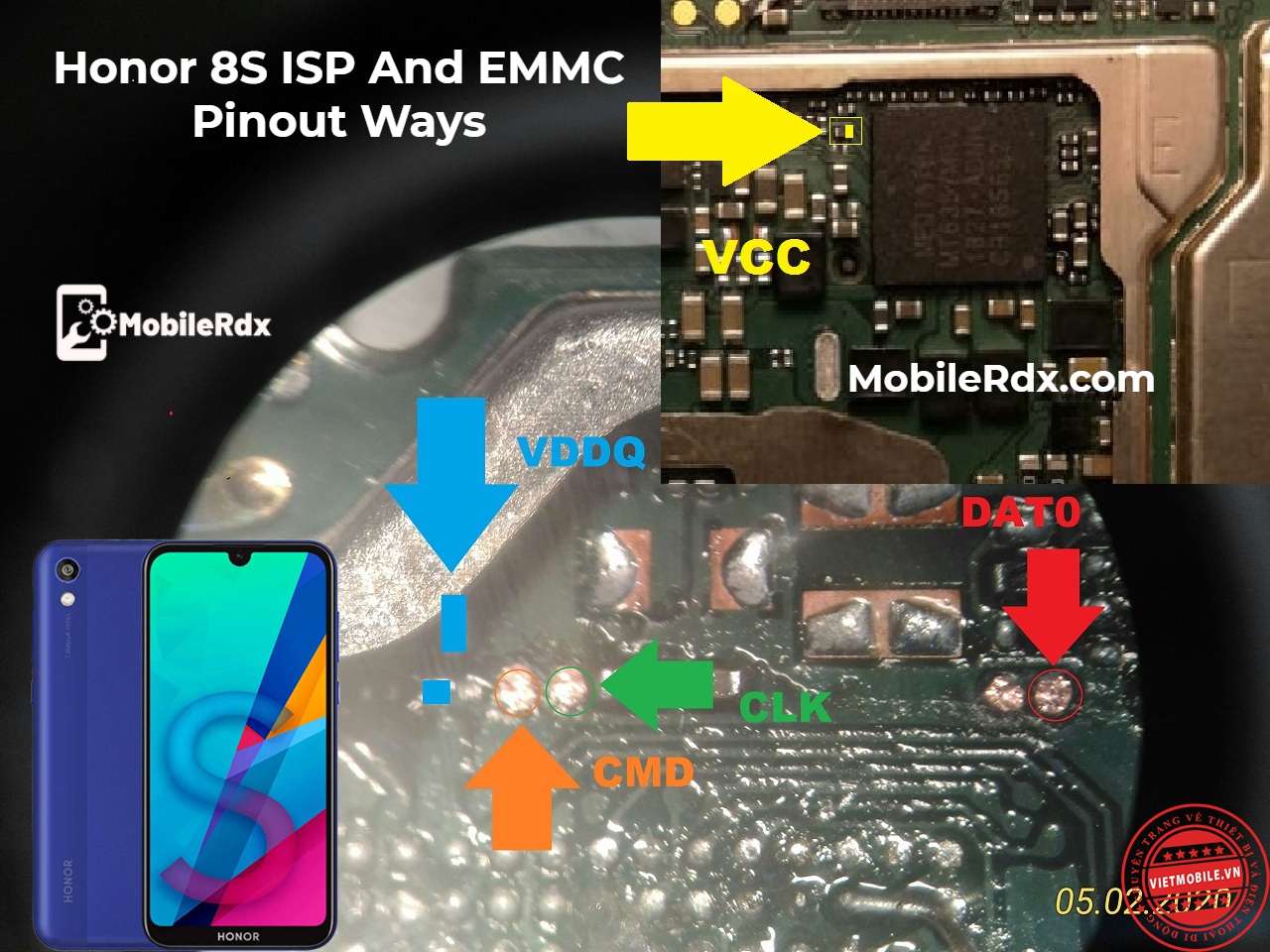