In this guide, we will show you the tested image of the UFS ISP pinout and test point for the Samsung Galaxy A70. By using the ISP PinOUT, you can easily restore the stock ROM, bypass FRP lock, or reset user data on your device via Z3X EasyJTag Box Tool.

Samsung Galaxy A70 is powered by the Qualcomm SDM675 Snapdragon 675 Octa-core processor. The rear camera consists of a 32 MP + 8 MP (ultrawide) + 5 MP depth sensor lenses. The front camera has a 32 MP sensor. The phone’s sensors include Fingerprint (under display, optical), accelerometer, gyro, proximity, and compass. The smartphone is fueled by a Non-removable Li-Po 4500 mAh battery + Fast battery charging 25W.

What is Samsung Galaxy A70 UFS ISP Pinout?

Samsung Galaxy A70 A705F Repair Dead boot, Flashing, remove FRP lock or any brand phone you need EasyJTAG Plus it is the only one box in the market which support the UFS chip. those boxes help some phones after flashing the wrong firmware not show booting on-screen. this you need those boxes for boot repair. some brands, not possible lock remove like a pin, pattern, password, FRP, and MDM lock this really supports for remove locks. 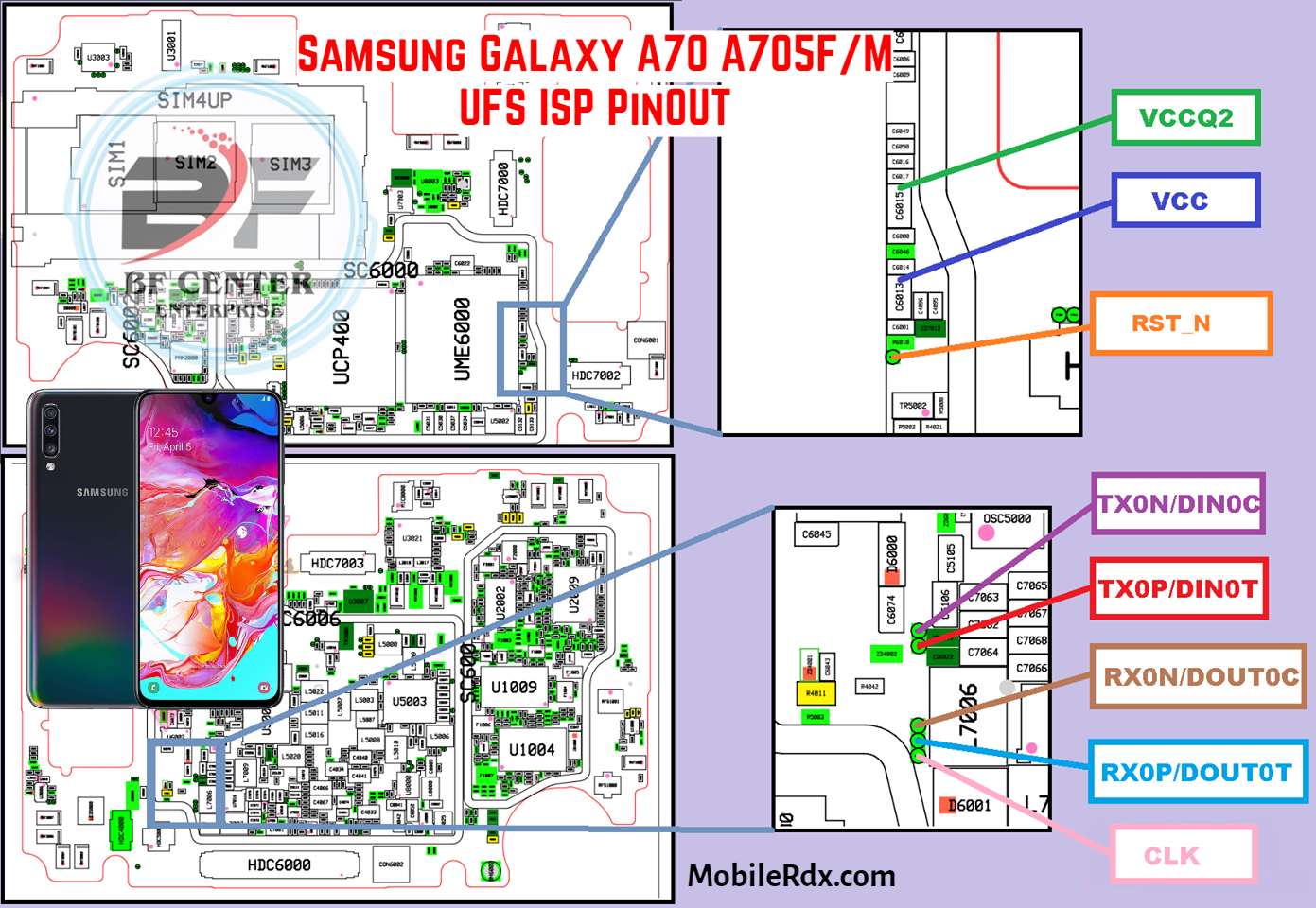 Universal Flash Storage (UFS) is an advanced, high performance interface designed for computing and mobile systems such as smartphones and tablets where power consumption needs to be minimal.