Here is the tested solution of Motorola Moto E4 Plus XT1773 Display Light Ways And Backlight Jumper Solution such as a blank display or no display at all and otherwise a corrupted or garbled display. This solution may help you with easy repair procedures. in case you are going to troubleshoot display problems such as blank display, dark screen display, white screen (with tones), No backlight LED that results from wet damaged or accidentally dropped issues by the users.

What Is An Motorola Moto E4 Plus LCD or Backlight?

To fix the dark screen Motorola Moto E4 Plus backlight problem, you may first try to replace or install a new Display screen module, to easily confirm if the LCD’s backlight LED’s were still working or already damaged.

Motorola Moto E4 Plus Backlight problems that you might encounter: 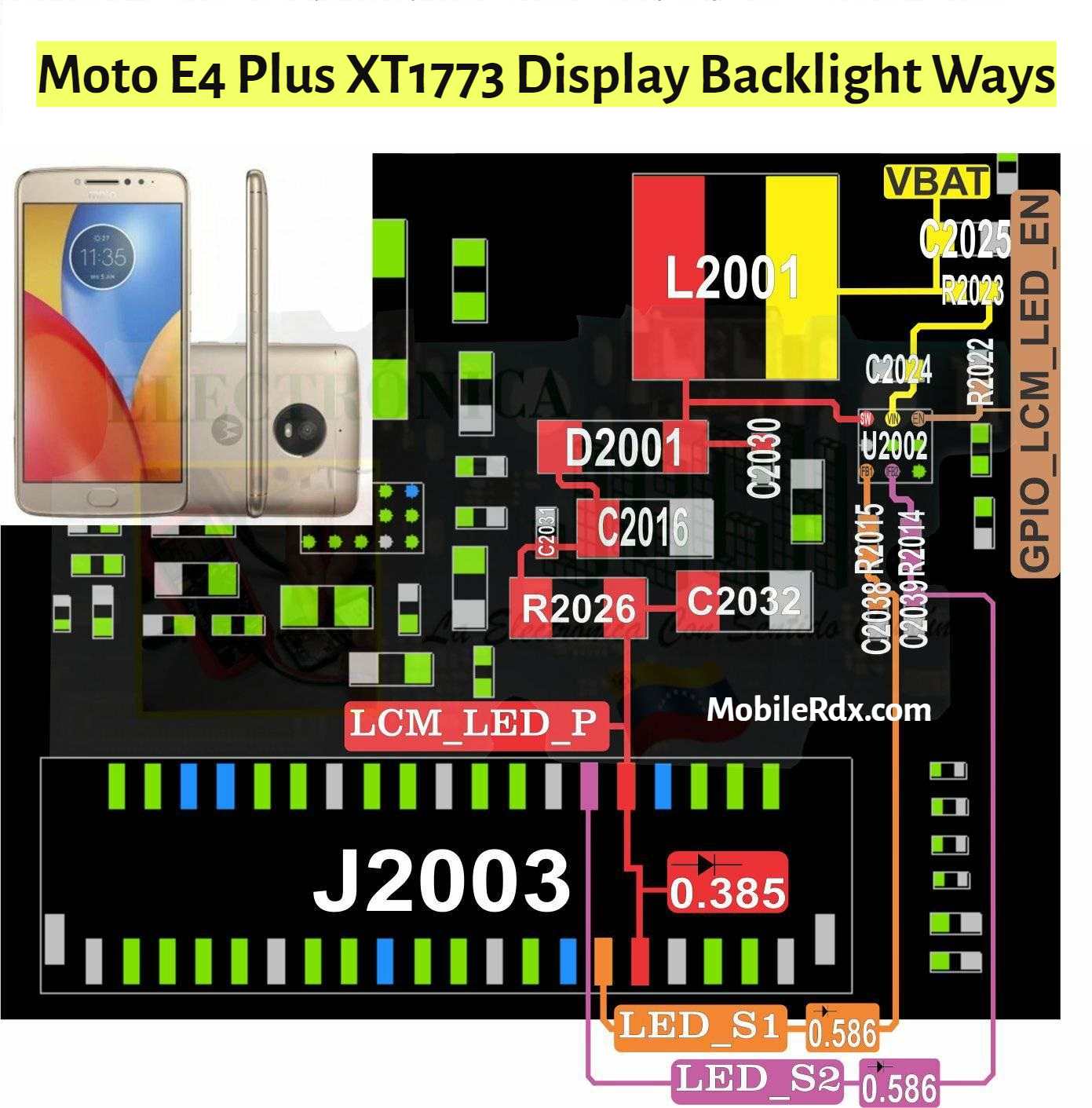 If Motorola Moto E4 Plus phone you have had one of the symptoms described above. Than can be done some repair steps that can overcome the damage.