If you encounter any problems such as Samsung Galaxy A02s SM-A025F Not charging problem solution Charging paused or slow charging, here we will give you suggestions on resolving this problem with your phone. For example, you will be unable to charge your phones using the phone’s direct USB chargers, the universal charger usage becomes impossible when you use a phone powered by an inbuilt battery.

Samsung smartphones are famous for their brand value, but we all know that the device is trouble at some point. Those frequent software updates often hang the smartphone and consume more battery power. We cannot deny that not only Samsung but all Android smartphones have some glitches. Fortunately, Android is a user-friendly platform that allows users to handle problems efficiently. With the help of Android’s customized feature, we can fix the minor glitches.

Battery charging problems can include the phone not taking power at all, phone not switching on after complete discharge despite plugging the charger. Some users complain that the smartphone gets 100 percent charged in just a few minutes and drains quickly. If you are here, then you must be frustrated with the Samsung battery not charging issue. However, you must know why the problem occurred before jumping with the troubleshooting steps.

There are four basic hardware-related reasons that your Samsung Galaxy A02s could be charging slowly, and I will explain each of them in turn and in order of increasing probability. The issue could be: 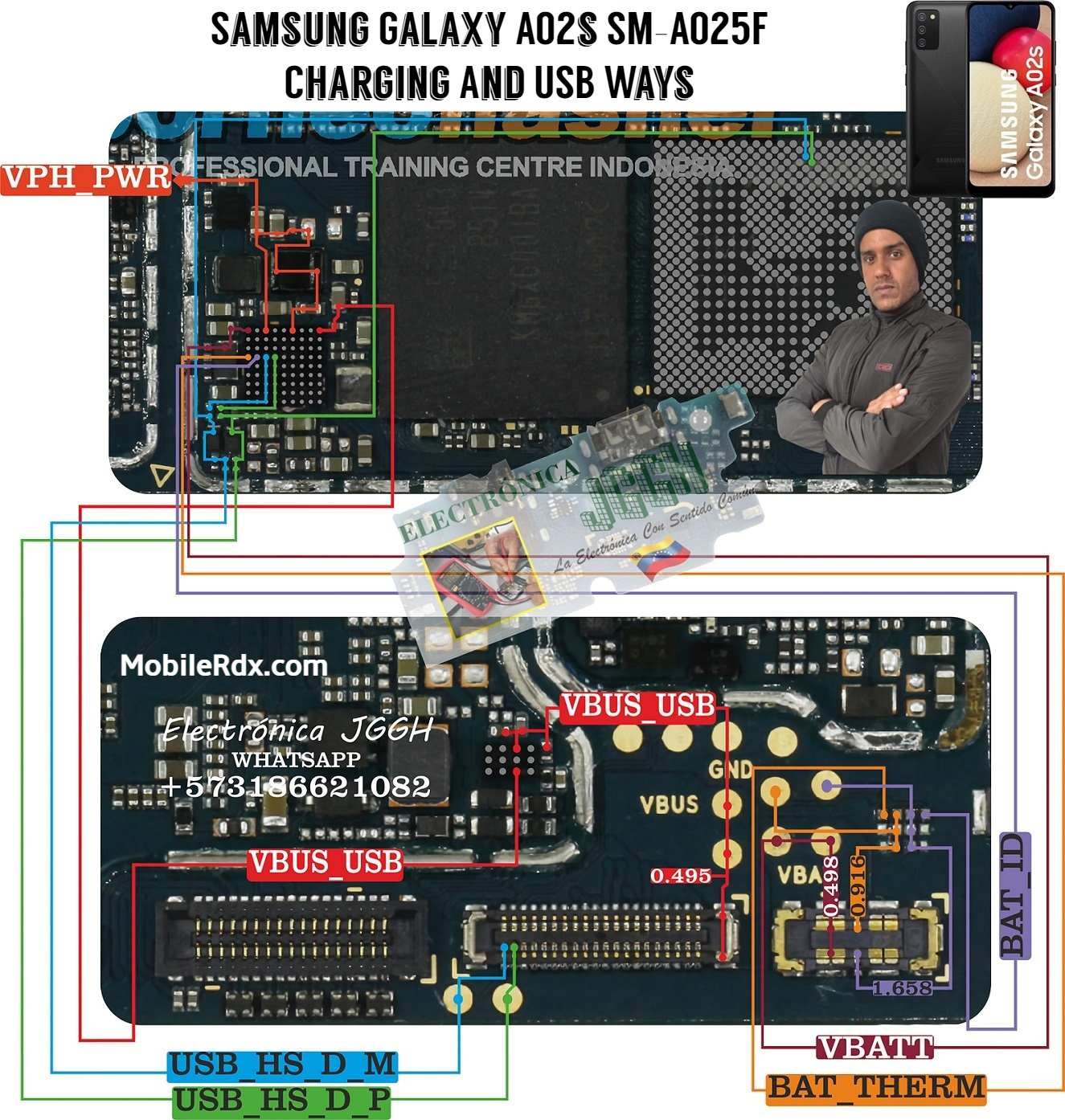 Cause no charging damage to Samsung Galaxy A02s can be caused by the destruction of the USB port corrosion.
Corrosion can be caused by water spills so that the pin of the port charging is damaged and the voltage transfer line is disconnected.
So that the line is disconnected and the voltage can not flow and drain and saved to the battery of the phone. Change the charging USB port immediately, if it is damaged and causes no charger problems on the phone.

Perform a line check on the board if there is damage or disconnected lines, apply the way jumper on the PCB board. And also do an inspection of components that can cause no charging damage occurs, make changes to the component.

On the diagram image listed above, there is a component that has a malfunction of Samsung Galaxy A02s no charging phone. Then for his best move immediately replace the defective component with a replacement component with good condition.

But if you do not have a replacement component, then it can do away jumper only on the component that suffered the damage.
By doing some of these ways can fix Samsung Galaxy A02s not charging, make sure you do the damage inspection carefully. Use the Multimeter tool to measure conditions on each component and path on a damaged PCB board.

That’s some way to fix the Samsung Galaxy A02s not charging because it’s a problem of damage like this very often happens. For more information and new tips and tricks on the solution to the problem of other Android phones. Continue to visit this page. We will update it if there is a new update.