In this post we will provide solutions to repair the damage Samsung Galaxy M12 Backlight Ways Problem, LCD Display Light Ways If you get a case with the display problem on the phone display or the light on the screen does not work properly. It may be possible to damage the LCD display of Samsung Galaxy M12 M127F. You can put it by trying to replace it with LCD which condition is good. But if the Samsung Galaxy M12 screen is flashing or low light or there is absolutely no backlight.

Samsung Galaxy M12 M127F problem of no backlight is often symptomatic like an LCD that has no display, the LCD screen becomes white. Or in general, there is no light produced by the LCD screen but the ringing and notification sound can still be heard.

What Is An Samsung Galaxy M12 Backlight Or LCD?

To fix the dark screen Samsung Galaxy M12 backlight problem, you may first try to replace or install a new Display screen module, to easily confirm if the LCD’s backlight LED’s were still working or already damaged. You can also check the LED’s using the multimeter if you can manage without damaging the LCD flex connector. If the newly installed LCD still shows the same problem and the LED light doesn’t light up, refer to the solution below and locate the highlighted components on the PCB board. 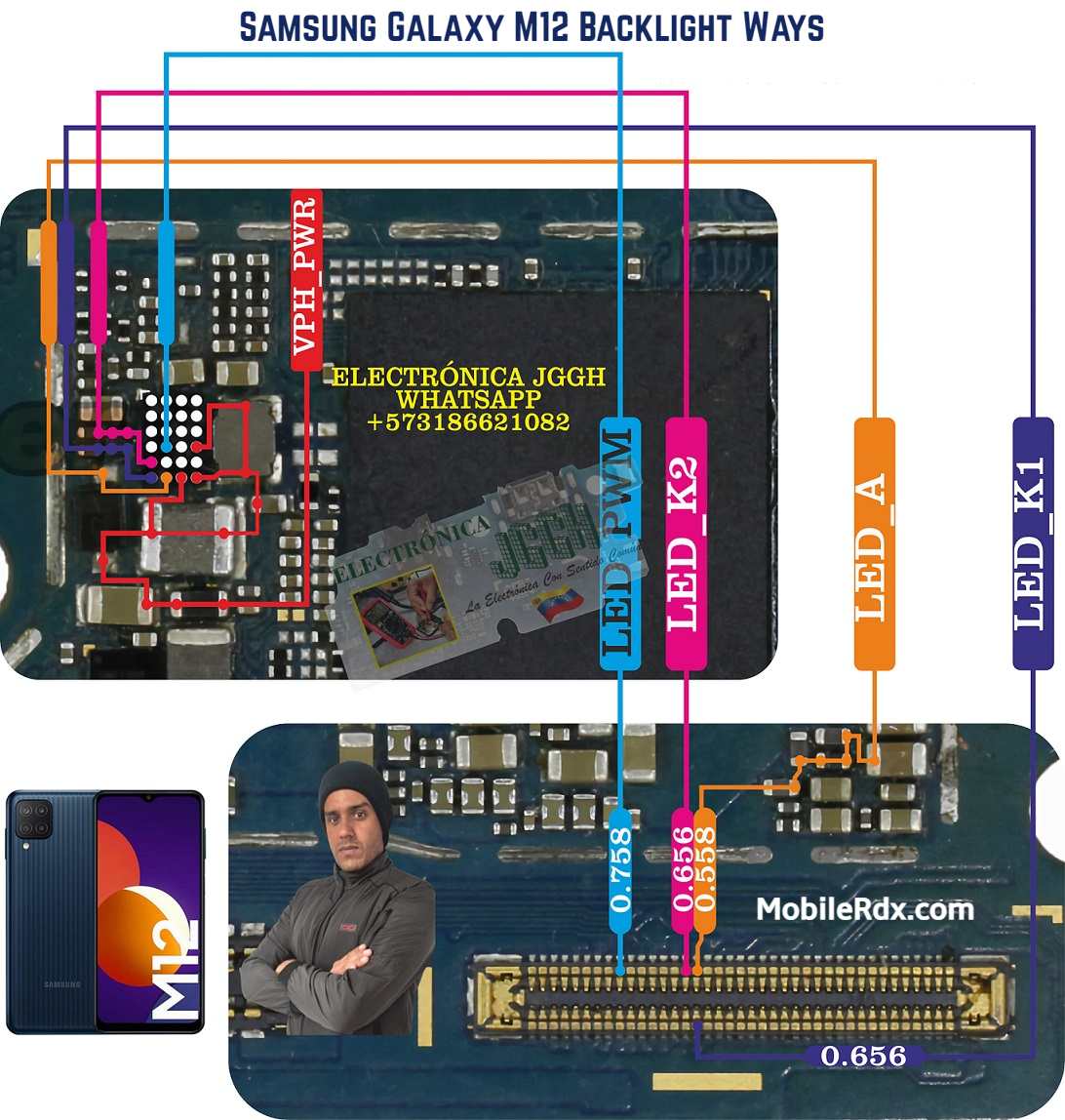 Samsung Galaxy M12 M127F Backlight problems that you might encounter:

If Samsung Galaxy M12 phone you have had one of the symptoms described above. Then can be done some repair steps that can overcome the damage.