How Do Bitcoin Transactions Happen? 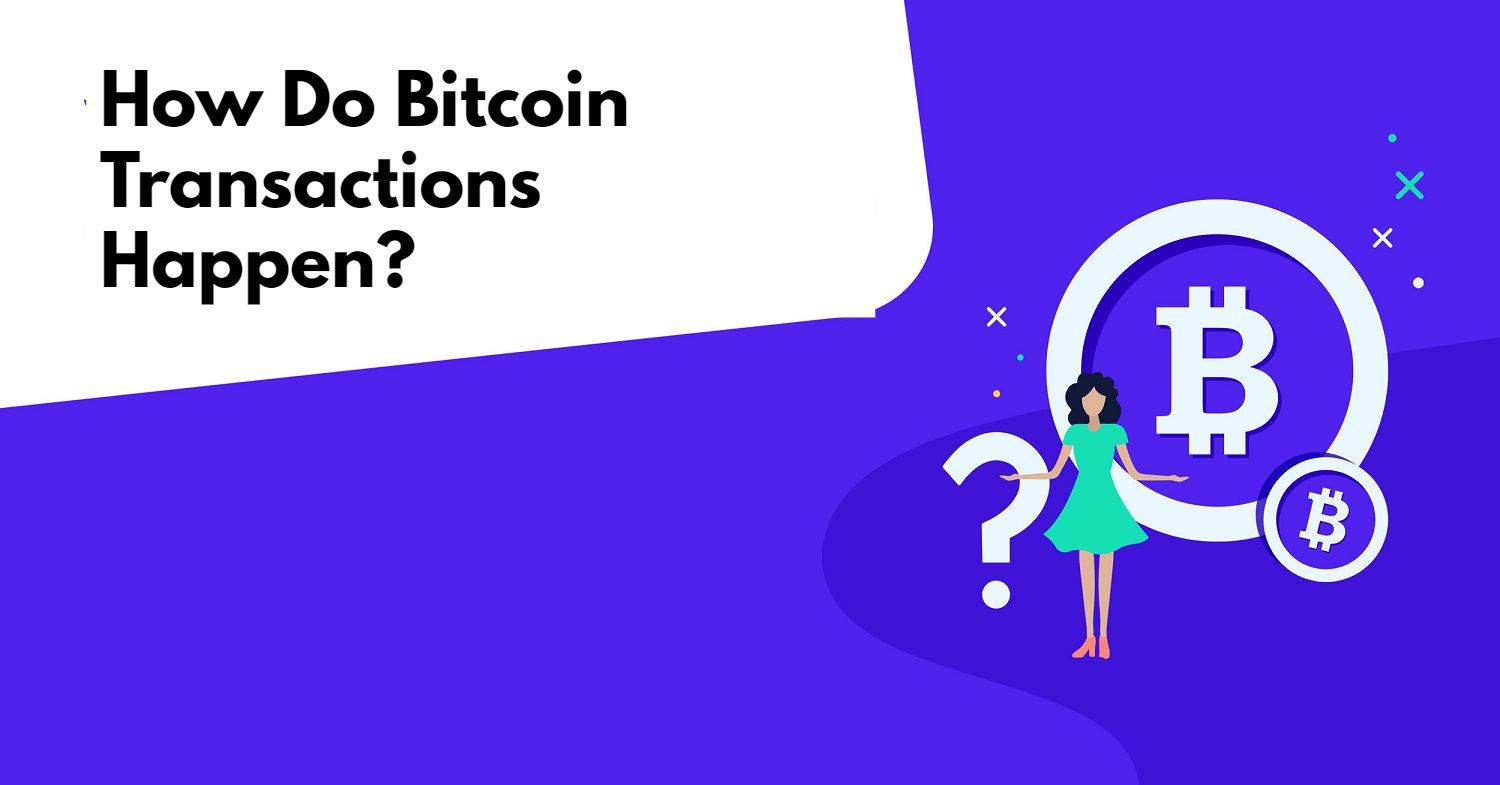 Bitcoin, the most widely used cryptocurrency, was designed to allow individuals to trade value privately and directly between themselves using a peer-to-peer, also known as P2P transaction architecture that removes the need for a centralized middleman such as a financial institution or broker. A peer-to-peer blockchain-based technique that underpins Bitcoins and all cryptocurrencies is based on this P2P architecture.

We’ll go over how peer-to-peer networks work, how they’re integrated into crypto exchanges, and how peer-to-peer blockchain technology is transforming the crypto world in this post. So, if you are into Bitcoin trading, you may also want to know why Hackers Hate Bitcoin.

How Does Peer-to-Peer, also known as P2P, Work?

In traditional client-server networks, while transactions occur customers order specific links from central servers. That was not P2P networks because that had a central point of regulation.

In cryptocurrency which is the original P2P network, the network’s nodes share files without the need for a centralized power or operator. Here clients and servers can both share files and both can act like clients as well as servers. So, transactions are done here directly from one user to another user.

How has P2P technology evolved?

Tom Truscott and Jim Ellis, Duke University graduate students, created the Usenet, the first P2P network, in 1979. Usenet is a peer-to-peer communication application that lets users exchange messages and news without the need for a centralized computer or administrator.

P2P networks did not become ubiquitous until Shawn Fanning created Napster in 1999. Napster seems to have been a peer-to-peer file sharing and downloading service that enables people to share and store music files. It blew up in popularity and swept the entertainment business by storm. It had about 20 million users by the year 2000.

However, the music business was not pleased with Napster’s disruptive, royalty-free approach and unveiled a range of lawsuits and campaigns that eventually resulted in authorities closing it down in 2001.

But, the P2P concept evolved from file-sharing networks to a groundbreaking application in value transfer utilizing peer-to-peer blockchain technology.

In 2009, Satoshi Nakamoto, a pseudonym, founded Bitcoin, advancing the cause of cryptocurrencies. Bitcoin has become the symbol of a new breed of peer-to-peer (P2P) applications.

What Is a Peer-to-Peer (P2P) Network?

Autonomous systems of interconnecting computers comprising peers, or nodes, are referred to as P2P. There is no central point of regulation. The transactions are individual and direct between users. So, central failure doesn’t take place. There is no centralized authority either. All of the associated nodes may store, distribute, and upload files. Peer-to-peer (P2P) transactions take place between both people involved, without the use of a middleman.

In this system every node is equal, and data is exchanged directly without the use of a central server. Each machine or node can serve both as a customer and file server. A node, for example, can download information from other users while serving as a client, and it can also be a downloadable source when serving as a server.

There is no central point of regulation. The transactions are individual and direct between users. So, central failure doesn’t take place. There is no centralized authority either. All of the associated nodes may store, distribute, and upload files. Peer-to-peer (P2P) transactions take place between both people involved, without the use of a middleman.

P2P design manages cryptocurrency transactions and is a key component of blockchain technology. Cryptocurrencies take advantage of peer-to-peer distributed ledger technology by allowing them to be exchanged and transferred without the need for a central authority.

Blockchain technology is the share of data throughout the P2P network. The data that formed while transactions are stored in blocks and they are interconnected as the network is P2P. Now, maybe you’re wondering how to put up a node to participate in the process. By establishing a node, anybody can join in the validation process and thus how a Blockchain forms. This process is called mining and the workers or nodes are called miners. A few computational conditions, however, must be fulfilled.

The nodes that validate Bitcoin transactions are rewarded for their contributions to the crypto ecosystem’s upkeep. These nodes are critical because they authenticate the distributed ledger’s legitimacy and safeguard the network’s security.

The numerous selling and buying offers placed by the appropriate parties are listed on P2P crypto exchanges. As per the experts, a rise in the number of users on a P2P network necessitates an equivalent spike in the number of servers. When you’re a purchaser, you have the option of selecting a seller who meets your criteria. Sellers typically offer a variety of transaction quantities, payment options, and currency rates.

How to Make your own Digital Invitation Cards Online?