Samsung GT-S6802 Mic Solution Jumper Problem Ways Microphone
Microphone problem on Samsung Galaxy Ace Duos S6802 due to some damage such as broken lines, broken resistor or the microphone is damaged. well at this opportunity we wants to share tips and tricks on how to repair the damage of microphone on the Samsung S6802. please see the picture below to make improvements.

Pictured below support for mic damage, damage to pathways, damage to the resistor, capacitor damage, trick jumper mic line, how to replace Nokia mic with mic china, how to add a resistor and capacitor in the mic line Samsung Galaxy S6802 and how to connect additional capacitors with capacitor congenital Samsung.
Samsung GT-S6802 Mic Problem 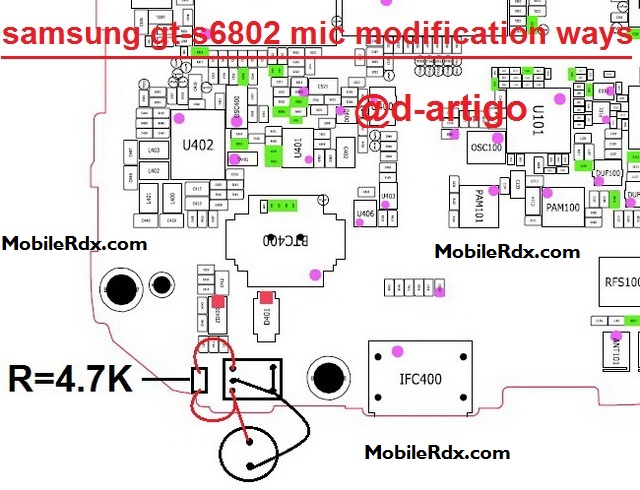 Mic problem on your phone
The following are common causes of the phone while you do not realize that your phone does get wet:
Exposed to water – A mic would be damaged if too often scalded. water into the mic will result in a short circuit and damage the mic.