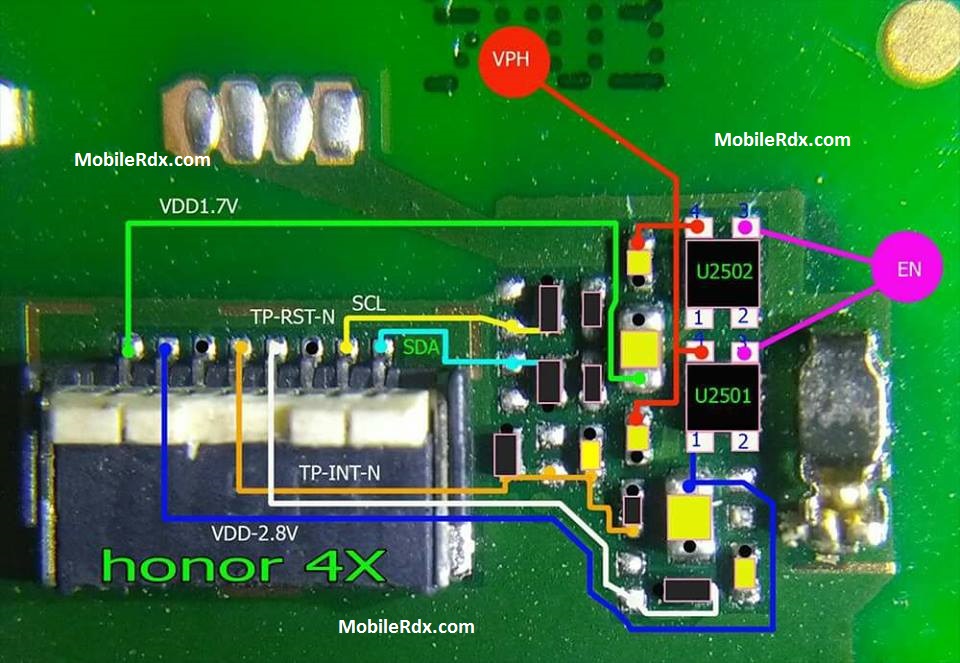 The solution above showed a Touch Accelerometer chip that used to sense orientation, detect direction in multi-access direction of the Touch Plate module. If the chip is damaged the touch screen will not work and remains unresponsive. This chip needs a DC supply voltage of 2.78 volts in this designed on Huawei Honor 4X  and also. The 2.78 Dc volts is also feeds and supply the touch plate module.
You may check this supply voltage first before trying to rework, re-ball or replacing the touch accelerometer chip.

How To Remove Any Mobile FRP Via ADB Command