Samsung Galaxy J2 Mic Problem Ways Solution Jumper Microphone Problem
In Huawei Ascend Y520 microphone is soldered on the motherboard. Mic is responsible for sending your voice to the person on the other end of a phone call, recording sounds while making videos or simply using voice recording apps. So if the other person can’t listen to your voice during a phone call you are going to have to change the microphone with a new one.

Changing Huawei Y520 mic can be a little tricky. It is soldered on the motherboard so if you remove it remember it’s placing position and put the new microphone the same way the old one was. If you have broken prints of the microphone connection points I have marked all of them in the diagram below.

This solution may works to fix a damaged Huawei Ascend Y520 Microphone that result to “No Voice Sound can be heard on the other device when making a call. 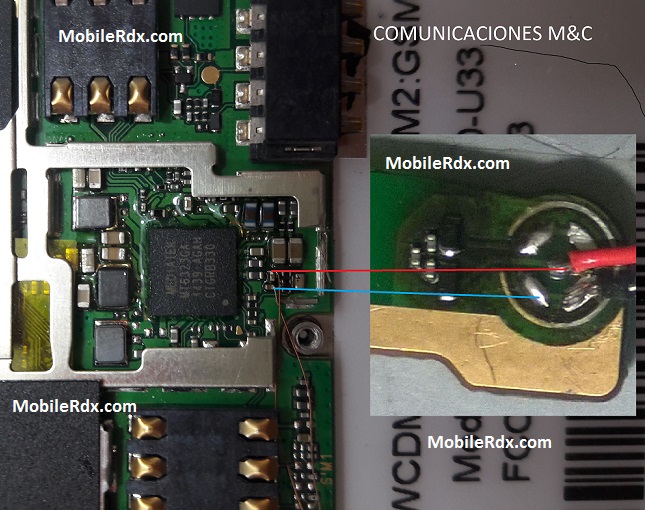 Picture above is a scheme to make a jumper on the track microphone in Huawei Ascend Y520.
Steps:
Check the mic, if damaged please replace
Check the mic lines, if it is damaged please make a jumper as shown above.
Our post this time is about how to fix the mic on the Huawei Y520. It’s a trick for Huawei Ascend Y520 mic is not working, mic problem, mic sounds vague and can not produce a good sound

If you have further questions please don’t hesitate to leave a comment.

Note: Every repairing solution posted here is tested by at least one member of our team. Use the information available here at Your Own Risk. We are not responsible if any harm comes to your device during the repairing process.