How Businesses Are Catching Up With the Increased Need For Cybersecurity? 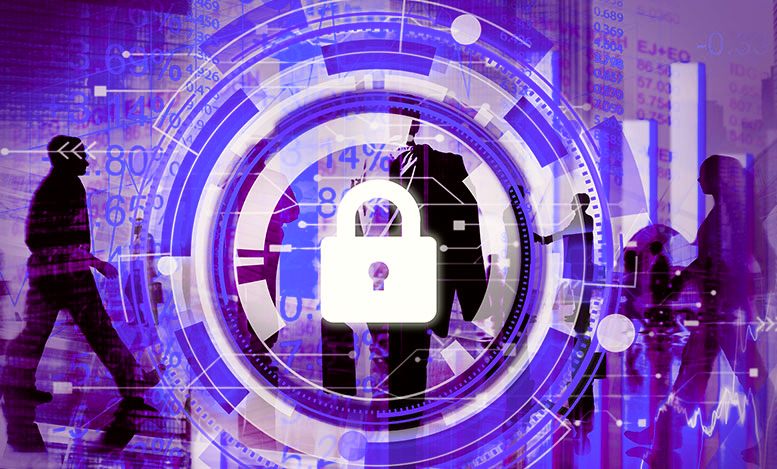 In the modern digital age, one of the key aspects of successful cybersecurity implementation is the role that businesses and organizations play in the fight against cybercrime. The present situation, unfortunately, does not do a lot to foster hope about the implementation of cybersecurity within businesses, since the ever-increasing prospect of a cyberattack is now a matter of “when,” rather than a matter of “if.”

When it comes to real-life examples of businesses exercising cybersecurity, the current cybersecurity tools employed in organizations clearly fail to provide an all-encompassing approach to security, which oftentimes, provides cybercriminals with more entry points into the organization’s network, and has far more devastating consequences. Bearing further witness to the fact that the current cybersecurity measures employed within organizations are extremely subpar is the fact that a staggering 60% of small enterprises go out of business, within 6 months of being at the receiving end of a cyberattack.

In spite of the multiple statistics and articles covering the ever-evolving and sophisticated nature of the modern-day threat landscape, the state of cybersecurity seen in organizations leaves a lot to be desired. The cybersecurity discrepancy facing organizations today is further made evident by the fact that almost 50% of all the UK businesses believe that they are not equipped with the “right” tools to combat a cyberattack.

One of the most crucial steps that enterprise owners can take in order to exercise and ensure the longevity of our employed cybersecurity measures, is to start by prioritizing security above everything else. Instead of considering cybersecurity as “one-time” IT investment, it is crucial that organizations work to enforce a robust cybersecurity culture, that sees employees actively engaging in cybersecurity, whether if its something as feeble as changing computers in the office, or an activity as complex as the implementation of a new security regime- it is high time that organizations consider matters of cybersecurity with the urgency that they require.

In order to aid our readers, we’ve compiled an article that deals in the multitude of different ways that businesses have started implementing in order to cope better with the ever-increasing need for cybersecurity today. However, before we can dive into that, we’d like to bring our readers up with the dire state of the threat landscape, by discussing the threat posed by technology.

The Monumental Threat Posed By Technology

One of the first, yet most fundamental steps that businesses can take to propagate the principles of cybersecurity is simply to educate themselves on the massive threat posed by technology, and the impact that it has on an organization.

Instead of wasting an endless amount of time debating on whether technology has actually worked in humanity’s favor or not, enterprise owners need to realize the multiple benefits offered by technology, and how some of the most key aspects of modern society are deeply-rooted in these benefits.

Having said that, however, the increasing reliance that modern life has on technology has also given way to a huge number of negatives, which in turn has contributed significantly to making the modern cybersphere such a daunting place. One need not look any further than the most frequent threats facing organizations today, which includes everything from simple virus infection to a highly sophisticated phishing attack and breaches, to realize the monumental negative influence that technology has had on enterprises.

Having said that however, some highly effective ways through which businesses have been coping with the increased need for cybersecurity include the following:

When it comes to the implementation of cybersecurity principles within a business, one of the easiest ways through which enterprise owners can boost security is simply by leveraging the power of data encryption.

Read More:-  Oppo A37 Common Issues Found and the Solutions to the Issues

Although the modern-day threat landscape makes most organizations extremely vulnerable to a wide variety of threats, including data breaches and hacks, the ever-increasing sophistication of technology works both ways and has several benefits for the cybersecurity ring as well.

Some of the most recent developments, which have taken the world by storms, such as the phenomenon of alternative finances such as Bitcoin and blockchain, all rely on data encryption in order to ensure a greater level of consumer privacy.

Unlike traditional currency, alternatives currencies and markets, the most notable one being the Forex market, all operate on a decentralized system in which maximum security is maintained since a secure wallet is generated with a specific unique key for each user.

The decentralization, along with the encryption of data gives rise to a highly secure platform that allows faster payments, along with the integration of a wallet system that ensures that each consecutive currency transaction can not be intercepted by any malicious agent at any given point.

The implementation of data encryption practices, such as the ones we’ve mentioned above can result in a much more secure IT environment, along with enhancing the consumer experience by providing a more secure and faster mode of online payment. Another way to implement data encryption is by using a VPN. A VPN is known to efficiently encrypt internet traffic. If you want to know more about VPN and encryption then here on VPNoverview.

One of the most lucrative steps that almost always results in a positive security change within an organization is to train employees in threat management. When we take into account the fact that a majority of data breaches, along with the prevalence of socially engineered attacks, all of which target the human nature of employees to err or when employees are absent.

In the instance of a cyberattack, most organizations have to deal with employees that don’t have a single clue on how to act, much less, how to mediate the threat- which is exactly where the prospect of employee training comes in really handy. Not only does an effective employee training regime ensure that employees don’t provide hackers easy access into a business’s confidential data, but it also minimizes the risk of a cybersecurity incident.

When we take into consideration the prominence of weak passwords, and how easily these passwords can be exploited by hackers to gain entry into an organization’s data pool, perhaps one of the easiest, yet extremely crucial steps that enterprises can take to promote cybersecurity is to simply install a password management tool.

Moreover, with some password management tools, you can also customize the authorization of employees, and decide who should have restricted access to confidential data- a practice that also proves to be extremely lucrative in the long term, particularly as far as client management is concerned.

At the end of the article, we can only hope that the cybersecurity practices that we’ve talked about above nudge enterprise owners in the correct direction, which ultimately leads to them taking the notion of cybersecurity seriously. Having said that, the implementation of the aforementioned cybersecurity measures, along with the frequent updating of an organization’s software, is bound to have beneficial results for everyone!