This sometimes happens if the Samsung Galaxy J8 J810F suffered due to wet damaged, heavily dropped and any related damage accidentally done by the user. In this case, only a hardware repair may only help solve the problem. The solution below shows the Samsung Galaxy J8 PCB board components that hold and control the touch screen panel to work.

What are the causes of damage to the Samsung Galaxy J8 J810F Touchscreen?

Usually, the damage that can be caused by the phone is exposed to water or other liquids. Causing corrosion and rust on the touchscreen flexible cable socket. Or occur broke or cracked on the screen so that some sections become difficult to touch and can also cause ghost touch on the touchscreen. And other possibilities due to the IC component on the touch screen is already experiencing damage. 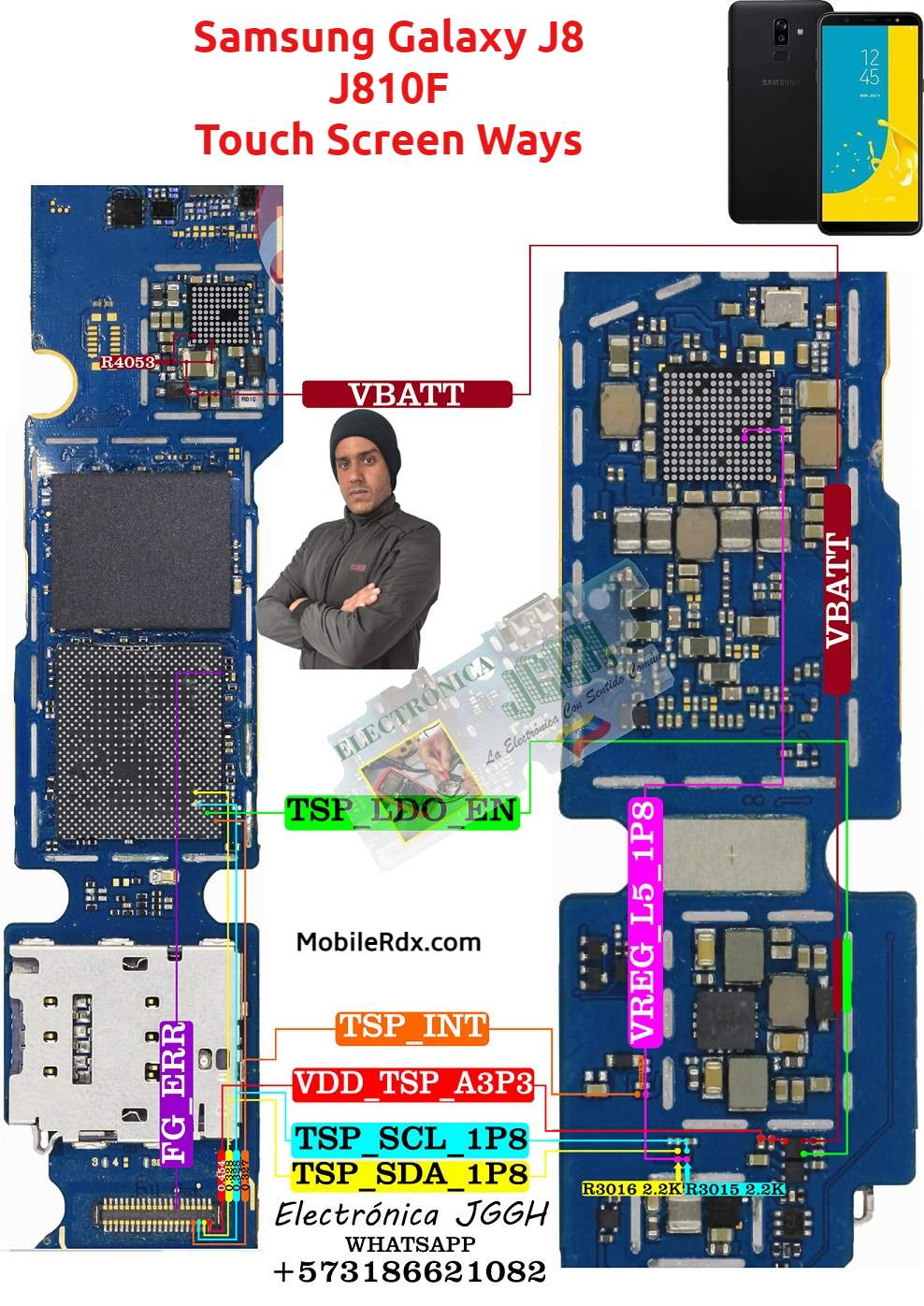 For this way can be Do if the phone Samsung Galaxy J8 J810F you experience touch error or in a certain part is difficult to touch. You can download Partial Screen Apps in Google Playstore or another website that provides a Partial Screen application. Install applications such as the general and the way the application to shorten the condition of the touchscreen encountered an error.

Repair Samsung Galaxy J8 J810F Touchscreen Problem Or Ghost Touch This socket cleanup is applicable when the phone Samsung Galaxy J8 is exposed to water or other liquids. Making the touchscreen an error or difficult to touch in certain parts such as back or recent buttons. Repair step you have to do the disassembly of the phone, then check on the touchscreen socket whether it is corrosion or rust. If you come across it, immediately wipe it with a brush and give it a bit of alcohol fluid to make the socket condition back clean and normal.

We are always open to your problems, questions, and suggestions, so feel free to contact us by filling up this form. This is a free service we offer, and we won’t charge you a penny for it. But please note that we receive hundreds of emails every day, and it’s impossible for us to respond to every single one of them. But rest assured we read every message we receive. For those whom we’ve helped, please spread the word by sharing our posts to your friends or by simply liking our Facebook page.