In this post we will provide solutions to repair the damage Samsung Galaxy A51 Backlight Ways Problem, LCD Display Light Ways If you get a case with the display problem on the phone display or the light on the screen does not work properly. It may be possible to damage the LCD display of Samsung Galaxy A51 SM-A515F. You can put it by trying to replace it with LCD which condition is good. But if the Samsung Galaxy A51 screen is flashing or low light or there is absolutely no backlight.

It is crucial that it is not on the LCD display, then in resolving this case you have to do the demolition on the Redmi 8A phone Problem with no backlight LCD and try to do a screen socket check if the screen socket is saggy try to re-attach the condition back to normal

Some things that can have caused the phone Samsung Galaxy A51 No backlight display among others:

Perform screen switching, if there is a rupture or crack on the screen of the Samsung Galaxy A51 SM-A515F, this can be the possibility of the cause of no display damage.

After that try to check the entire socket on the PCB board, especially on the LCD display socket. It could possibly There is corrosion or rust contained in the socket, immediately do the cleaning using the liquid alcohol and assisted by brushed, so that the socket condition is clean again, and do a resoldering when the socket encountered detached. 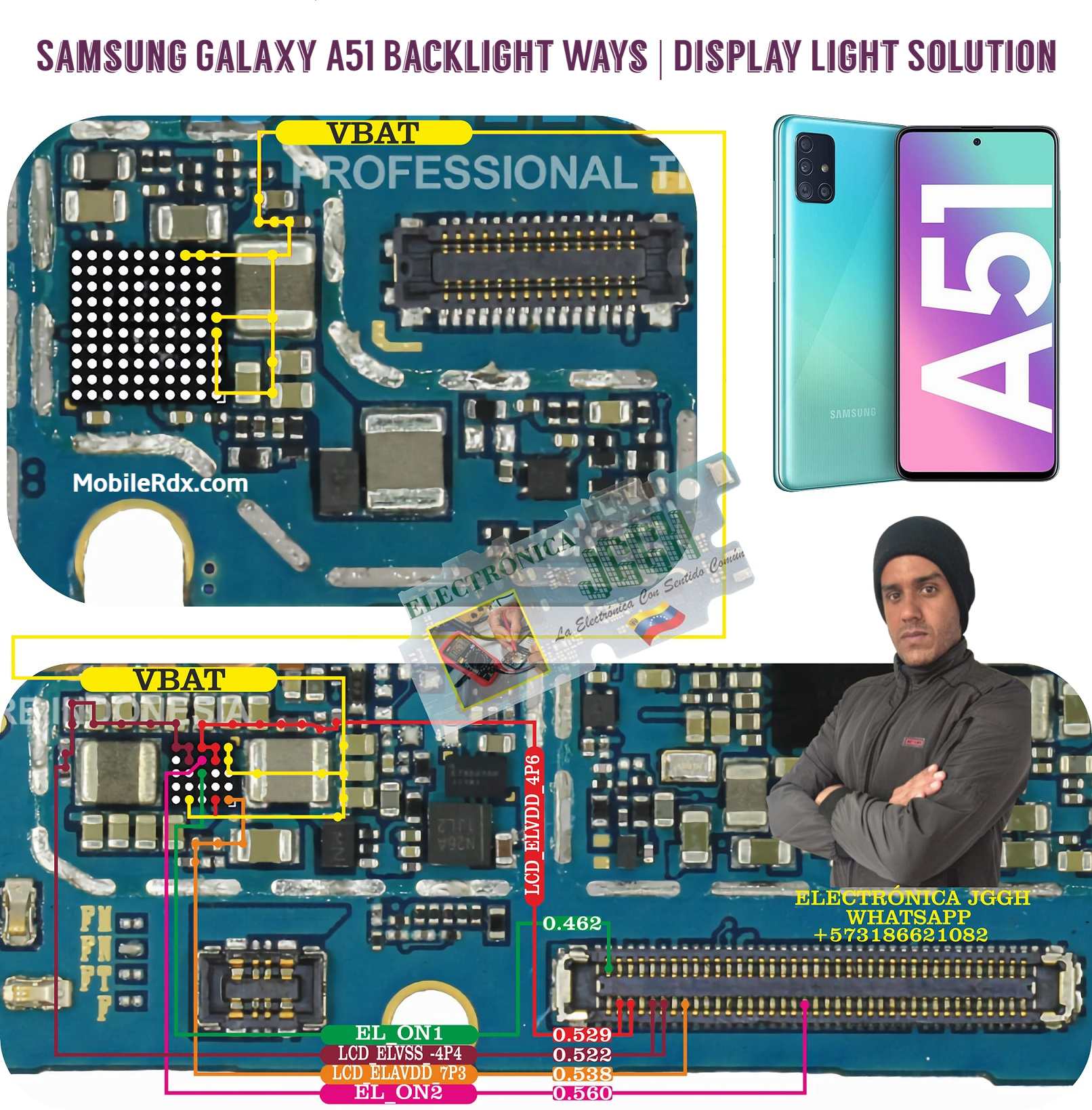 The following repair step can try to check the line on the Android phone PCB board Samsung Galaxy A51 which is experiencing no backlight damage.

With the diagram drawing guide, you can perform checks on interconnected components. If there is a defective component after checking and measuring using a multimeter. You can make changes to The new component with the same value.