Here we will show you the solution to repair Xiaomi Redmi Note 8 Pro Display Light Ways Backlight not working problem LCD light ways and display related issues in case you are going to troubleshoot display problems such blank display, dark screen display, white screen (with tones), No backlight LED that is resulted from due to wet damaged or accidentally dropped issues by the users.

The new Xiaomi Note 8 Pro is a mid-range smartphone with in-built Alexa, a 64-megapixel sensor-based camera, MediaTek Helio G90T processor, and an HDR display. On the other hand, Redmi Note 8 has a massive 48 MP camera. Note 8 Pro ticks most of the boxes in terms of display, performance, gaming, camera quality, etc. It comes with an ‘Aura fluid’ design with three different colour schemes.

It is a budget-friendly phone and It has two variants, 4GB RAM with 64GB storage and 6GB RAM with 128GB internal storage.

What Is An Xiaomi Redmi Note 8 Pro Display or Backlight?

To fix the dark screen Xiaomi Redmi Note 8 Pro Display Light problem, you may first try to replace or install a new Display screen module, to easily confirm if the LCD’s backlight LED’s were still working or already damaged. You can also check the LED’s using the multimeter if you can manage without damaging the LCD flex connector. If the newly installed LCD still shows the same problem and the LED light doesn’t light up, refer to the solution below and locate the highlighted components on the PCB board.

Xiaomi Redmi Note 8 Pro Display problems that you might encounter: 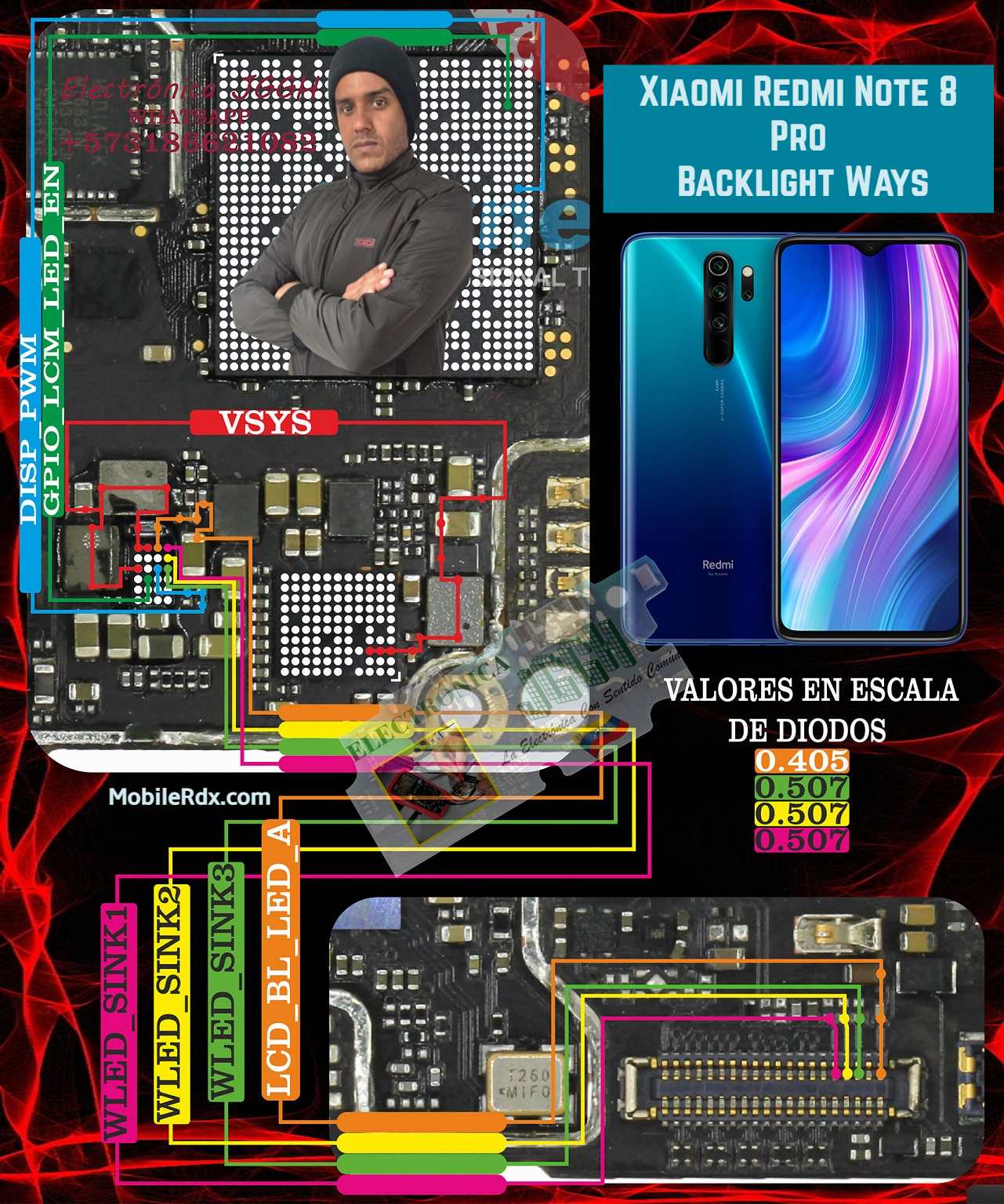 If you Xiaomi Redmi Note 8 Pro phone you have had one of the symptoms described above. Than can be done some repair steps that can overcome the damage.

Xiaomi Redmi Note 8 Pro No backlight damage to a phone can be caused by the fluid that enters the phone. And damages the line and the LCD socket on the Motherboard. So to fix it, it is recommended to uninstall all parts of the phone in order to perform the check. Usually, water will corrode and rust on the track and socket and impact the breaking path. So for the step repair immediately clean the corrosion and rust, if there is a path that broke immediately repair with the path jumper method.

Repair: Redmi 9A No Signal or Network Problem | Network Ways