Here we will show you the solution to repair Realme C11 Backlight ways, Display light not working problem LCD light ways and display related issues in case you are going to troubleshoot display problems such blank display, dark screen display, white screen (with tones), No backlight LED that is resulted from due to wet damaged or accidentally dropped issues by the users.

Realme C11 (2021) is officially released on June 28, 2021. The smartphone comes with a big display of 6.52 inches with an IPS LCD capacitive touchscreen. The resolution is 720 x 1600 pixels and protected by Splash resistant design. The operating system of the device is Android 11, Realme Go UI.

The smartphone is powered by an Octa-core processor. The internal storage comes in a single variant of 32 GB while the RAM is 2 GB. The Realme C11 (2021) consists of a dual-camera 8 MP (wide) while on the front there is a single 5 MP (wide) camera.

The smartphone is available in various colors such as Cool Blue and Cool Grey. The smartphone is fueled with a non-removable Li-Po 5000 mAh battery + Charging 10W+ Reverse charging. The sensors include Accelerometer, gyro, proximity, and compass.

What Is An Realme C11 Display or Backlight?

To fix the dark screen Realme C11 Display Light problem, you may first try to replace or install a new Display screen module, to easily confirm if the LCD’s backlight LED’s were still working or already damaged. 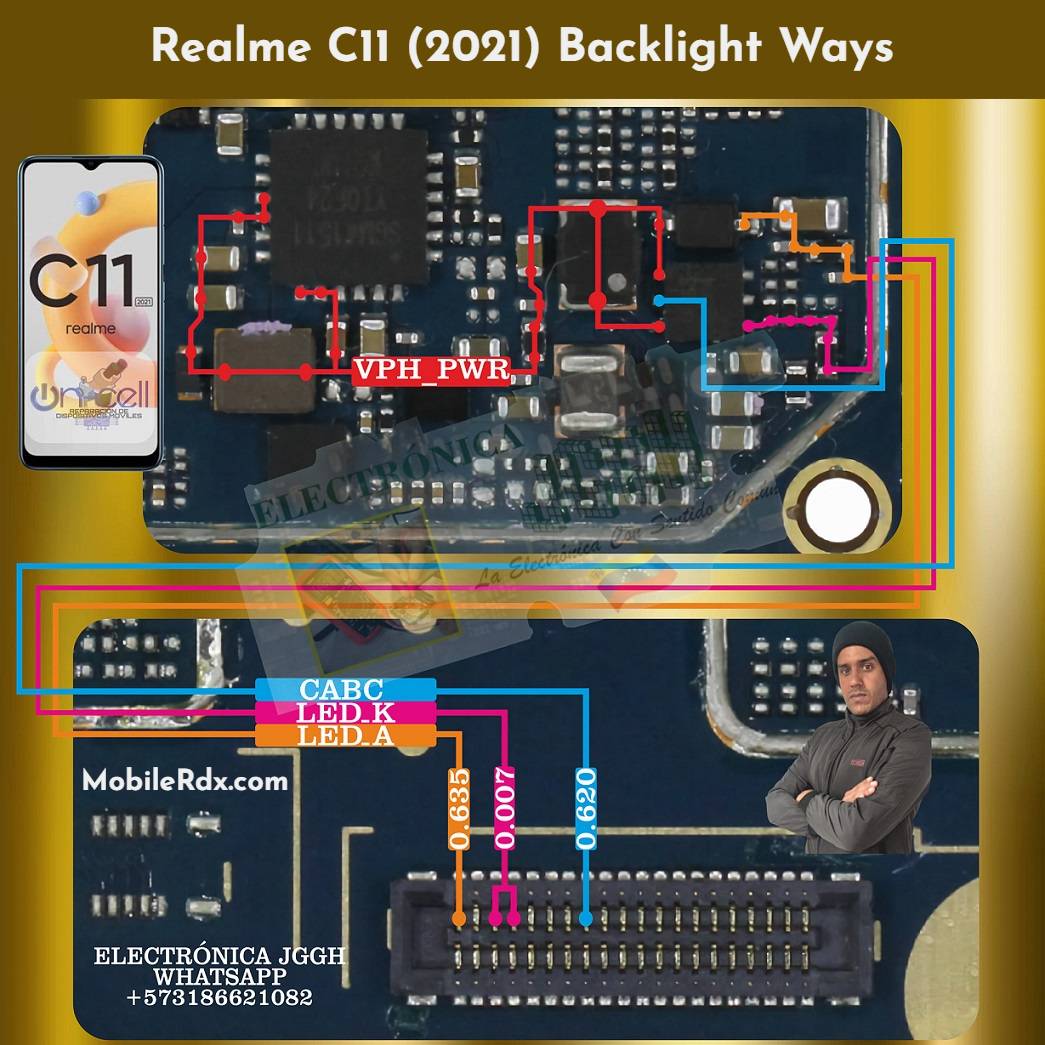 If you Realme C11 2021  phone you have had one of the symptoms described above. Then can be done some repair steps that can overcome the damage.

Realme C11 No backlight damage to a phone can be caused by the fluid that enters the phone. And damages the line and the Display socket on the Motherboard. So to fix it, it is recommended to uninstall all parts of the phone in order to perform the check. Usually, water will corrode and rust on the track and socket and impact the breaking path. So for the step repair immediately clean the corrosion and rust, if there is a path that broke immediately repair with the path jumper method.

If the condition of the LCD and the line is in good condition, but suddenly there is backlight damage on your phone. Then it can certainly occur problems in the internal components. The diagram image that Mobilintec Team provides can be a guide for you in trying to fix the backlight damage.
Perform measurements on each component, if there is a defective component then immediately turn with components of the same type and value. Try to check the components of the diode as well as the coil that has been marked on the diagram image. Often the component is damaged and results in the appearance of the backlight display.