You can easily get the UFS ISP Pinout connection of the Samsung Galaxy S22 Ultra SM-S908 by following the full guide below along with images. By using the ISP Pinout, you can easily bypass FRP lock or reset user data on your device via EasyJTAG Plus Box, or any other tool. Check out the below guide.

Samsung Galaxy S22 Ultra SM-S908 ISP means “In-System Programming”.In-System Programming (ISP) allows communication to take place with a target chip without the need to remove it. The main advantage of this method is the possibility to communicate with a target chip UFS bypassing the CPU. It brings higher speed for data extraction compared with JTAG but it requires great soldering skills. ISP applied to forensics, is the practice of connecting to a UFS or eMCP flash memory chip for the purpose of downloading a device’s complete memory contents.

Samsung Galaxy S22 Ultra Repair Dead boot, Flashing, remove FRP lock or any brand phone you need EasyJTAG Plus it is the only one box in the market which supports the UFS chip. those boxes help some phone after flashing wrong firmware not show booting on-screen.this you need those boxes for boot repair. some brands, not possible lock remove like a pin, pattern, password, FRP, and MDM lock this really supports for remove locks. 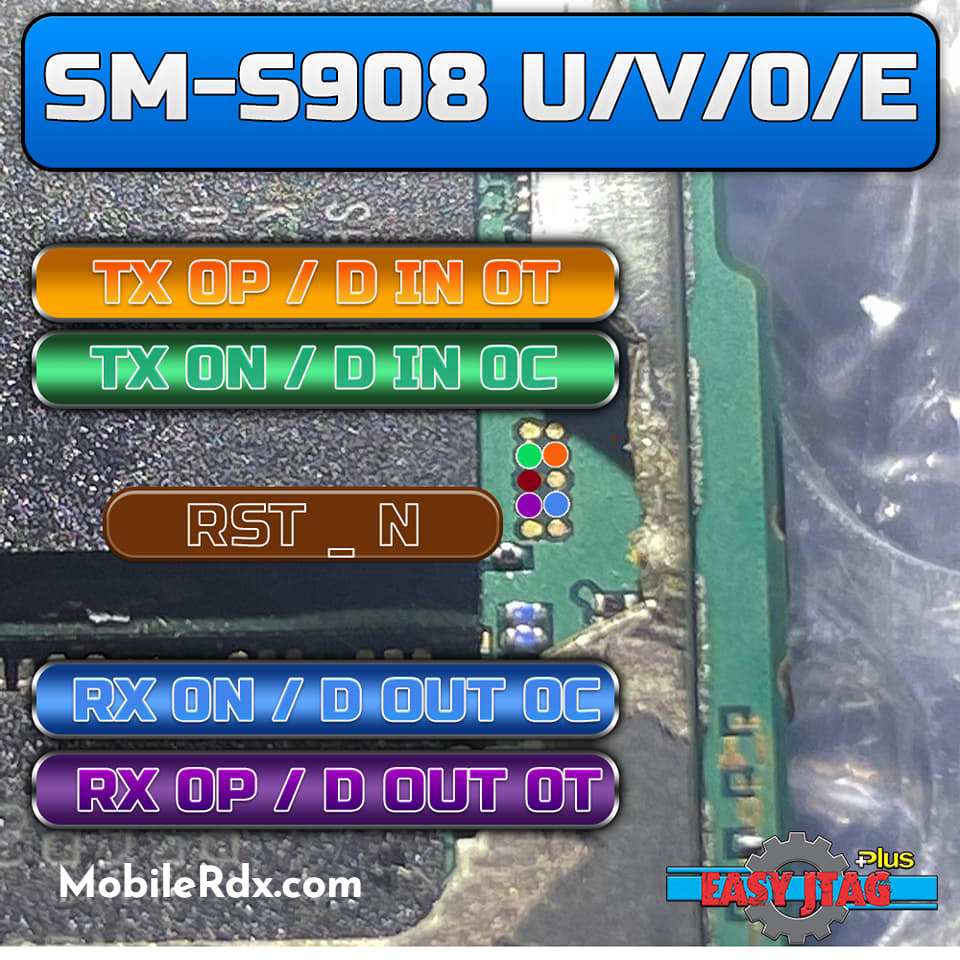