Hello, mobile technicians in this post we share the latest solution of Samsung Galaxy A03 Core A032F Backlight ways and Display light problem jumper full LCD ways display connection line paths in case you are going to troubleshoot display problems such as blank display, dark screen display, white screen (with tones), No backlight LED that is resulted from due to wet damaged or accidentally dropped issues by the users.

In the mobile repairing, field is a common problem almost 60% to 70% you will be getting mobile display light problem solution in the water damage mobile for it’s it is a common issue form display light problem because in the display light in the mobile phone have maximum voltage place because in this place you will get the boost voltage almost 40 volts maximum or 24-volt minimum depends on the brand of the mobile phone.
Samsung Galaxy A03 Core A032F Backlight Display Problem is a typical case; surely this will be the moment when we use a lot of activities using an Android phone device, in this opportunity MobileRdx Team try to discuss and Provide a repair solution on the Android device Realme C12 backlight. Maybe some of you have the same obstacles and damage on Android phones Samsung Galaxy A03 Core that have no light on the display or its LCD.
Handset Fault  Type.

What Is An Samsung Galaxy A03 Core A032F LCD Backlight or Display? 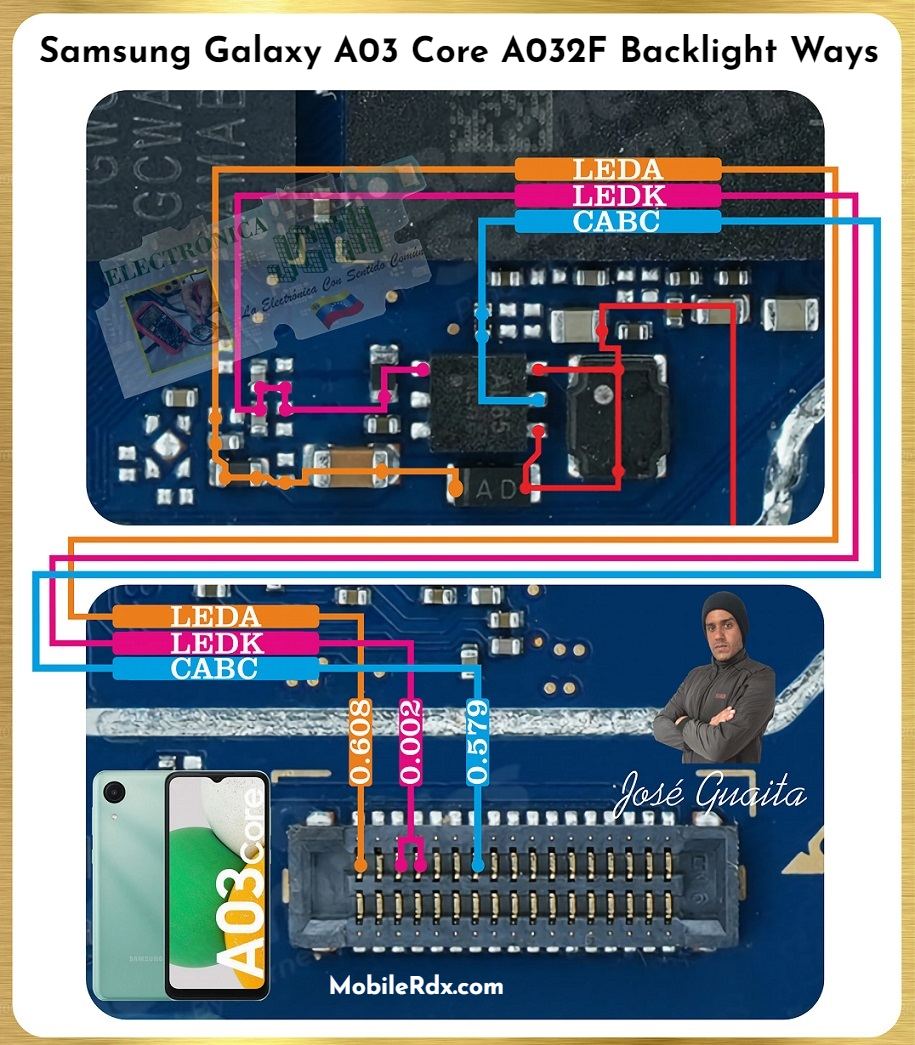 To fix the dark screen Samsung Galaxy A03 Core A032F backlight problem, you may first try to replace or install a new Display screen module, to easily confirm if the LCD’s backlight LED’s were still working or already damaged.

Following are some of the Samsung Galaxy A03 Core A032F Display Light problems that you might encounter:

If you have further questions, please don’t hesitate to leave a comment. Note: Every repairing solution posted here was tested by at least one member of our team. Use the information available here at Your Own Risk. We are not responsible if any harm comes to your device during the repairing process.