You can easily get the UFS ISP Pinout connection of the Samsung Galaxy M53 M536B by following the full guide below along with images. By using the ISP Pinout, you can easily bypass FRP lock or reset user data on your device via EasyJTAG Plus Box, or any other tool. Check out the below guide.

Samsung Galaxy M53 M536B Repair Dead boot, Flashing, remove FRP lock or any brand phone you need EasyJTAG Plus it is the only box in the market that supports the UFS chip. those boxes help some phones after flashing the wrong firmware not showing booting on-screen. you need those boxes for boot repair. For some brands, not possible to lock remove like a pin, pattern, password, FRP, and MDM lock this really supports for remove locks.

1: You need to take the rear case away from your phone. Next, unplug the motherboard from the existing battery, fingerprint sensor, and camera.
2: Unscrew the screws from the motherboard and take it out and put it in a safe place.
3: On your motherboard, locate the six eMMC pins. The pins are TxOp, TxOn, RxOp, and RxOn. You will require to cut through the steel cover to reveal them.

4: Bring the UFI box and take the adapter out of it. You will see the exact same pins in the adapter I mentioned in the previous step.
5: Solder the 4 pins: TxOp, TxOn, RxOp, and RxOn with jumpers between the motherboard and the adapter. Left the VCC and VCCQ for the USB to power them out.
6: Put the adapter inside the UFI box. Connect the box to the computer.
7: Connect the motherboard to the phone’s battery. Then, put the USB cable on the phone and connect it to the computer. 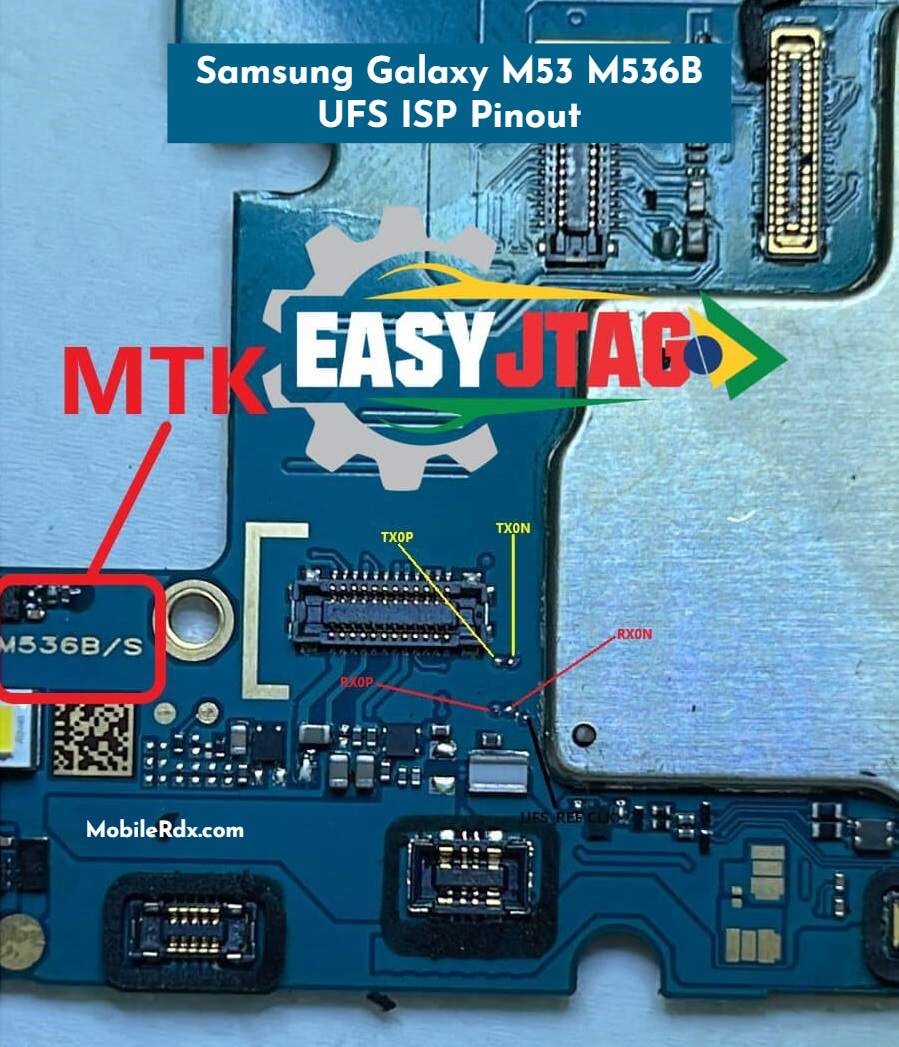 Samsung Galaxy M53 M536B Universal Flash Storage (UFS) is an advanced, high-performance interface designed for computing and mobile systems such as smartphones and tablets where power consumption needs to be minimal.

The major differences between eUFS/UFS Card over the older signaling architecture-based eMMC/SD cards are its high speeds and low-power serial interface with high reliability.