This guide is useful for those who have the Samsung Galaxy A23 SM-A235F smartphone. If you have encountered issues such as a bricked device, forgotten pattern lock, or unable to verify your Google account after a hard reset, it can help you bypass those issues quick.

Each and every phone comes with different developer options like Recovery mode, Fastboot mode/bootloader mode, and EDL mode. All these modes use to perform different testing processes. Some of them only can be used for advanced android users or developers or mobile repairing and some of them can be used by normal users.

How To Remove Samsung Galaxy A23 SM-A235FPattern Lock and  FRP:

There are various methods and tools that can be used to remove the FRP (Factory Reset Protection) and pattern lock from a Samsung Galaxy A23 SM-A235F. Some of the tools that can be used include EFT Dongle, UMT Dongle, Octopus FRP Tool, and MRT Key Tool. Additionally, you can boot the device in emergency download mode by shorting the test point to the ground and connecting a USB cable. This can allow you to access the device and perform the necessary steps to remove the lock. 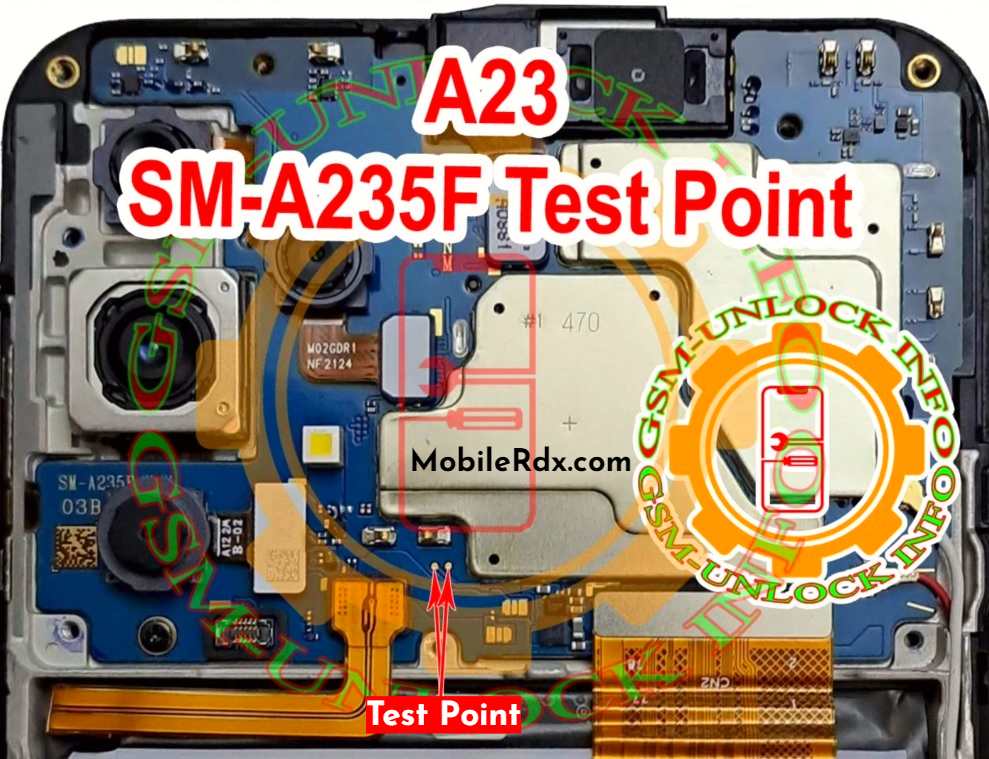 What is Screen Lock for Samsung Galaxy A23 SM-A235F:

Screen Lock is a privacy lock for android, many ways to enable screen locks on your device if screen lock enabled then the user need to enter the right password, Pattern, Pin lock to access devices again, screen lock means you can lock your device by pattern lock, password lock, pin lock, nowadays face locks and fingerprint lock also include in the screen locks menu,
Read More:-  Huawei Honor 8A Test Point For Remove User Lock, FRP And Flashing

Why do we need to Remove Screen Lock

If you forget the screen locks from your device and went to remove the pattern lock from your device then I am here to share with you the right method to Remove Pattern lock, Password lock, Pin locks. or If your device shows too many attempts to unlock pattern if you want to unlock then follow the below process very carefully.