A Beginner’s Guide To The Magic-Slinging Battle Royale ‘Spellbreak’ 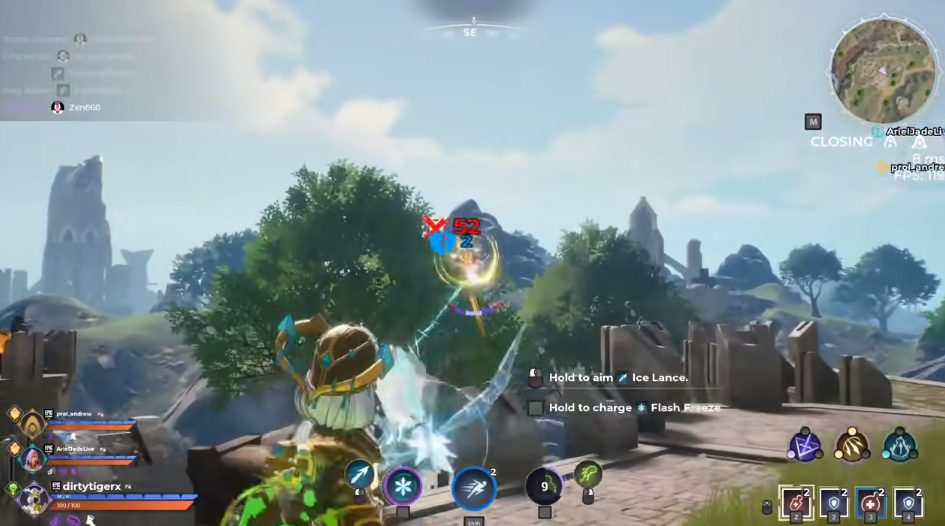 Fresh and new, Spellbreak transports the gamers to a fantasy world to fight the battle not with guns but with magic. The unique character of this battle royale game has drawn the attention of many eager players. However, the recommend battlelog.co is not straightforward as one has a lot to do in order to dominate this competition. With these hacks however you are sure to gain an edge.

Spellbreak is not another battle royale game. It is different and thus needs a little education before you dive into it.

Where are your opponents located?

At the beginning of the match, you will see where your opponents are located. This gives you time to pick up the landing position. You are then teleported above that location directly and you fly in. Before you pick up your starting point, which is a crucial part of the game, make sure to spend some time analyzing the map. You will notice the rings around the varied locations which lets you be aware of your rivals’ landing position. Ensure that you do not land close to them. If you wish to start the match without any interruptions then choose a white halo towards the edge of your map. If you desire a fight then select a location that has a bronze halo. Large settlements let you get into some real action.

Land and soon get hold of a belt

Along with the gauntlets, Spellbreak offers three kinds of equipment namely the belts, amulets, and boots and all three of them have their own perks. Amulets boost your mana, belts offer base armor for your health and bots let you be quick in a fight as it increases the base speed. If you get an added hit point then it gives you an upper hand in the fight. In the early part of the game, a belt can give your team a few more minutes to win a closely played battle. Once you get your belt, make sure to ping the extra belts that lie around to your squad.

Read More:-  Shared Web Hosting vs. Cloud Hosting- Which One is The Right One for You?

Each of the six elemental gauntlets came with its own strength and weakness. However, the gauntlet that you choose or its combination may not work in the duos as well as the solo matches. There are some gauntlets that work well when played in tandem. Take time and experiment with them, pair different ones and choose the pairing style that you feel comfortable with.

Spells and your sorcery skills go hand in hand

It is not just sufficient to fire off the spells. You should also use your sorcery skills strategically. When playing under pressure you may want to spam a spell to win over an opponent but make sure to use the six gauntlets as well. When you use the sorcery with the spell and combine them then this makes the game stronger. Sorcery and strategy go hand in hand.

Runes offer exceptional abilities to let you move through the map. However, you need to know that not all runes are best to use across varying stages of the match. As a flight, rune works amazingly at the start of the match but it also lets you get unwanted attention. So you may not want to use it throughout the game. It is fine to drop one rune and choose the other based on your situation.

You may become a spirit in the game but be cautious to not lead your rival to your team. Before you die in the battle you will first be a spirit, hanging on a thread of life. It is a floating orb and your teammate can bring you back to life with an incantation. Even if you are a floating orb you are still of use for your squad. Call out the locations of the enemy but make sure to not run directly to your teammates to let them revive you. If you do this then the opponents who may be following you would know the exact location of where your team is hiding.

Read More:-  The Future Of Cryptocurrency In 2021 And Beyond

Spellbreak offers a new spin to the battle royale gaming genre. The fantasy game is chaotic. Even though there are a lot of elements that may seem to be familiar there are a few things that you may have some trouble getting a grip of. These beginner tips are here to help and to save you from frustration. Use this guide to get an edge in the competition.